The Ministry of Culture promotes Bangkok as the hub of Southeast Asia’s Film industry with the 7th edition of BANGKOK ASEAN FILM FESTIVAL, a showcase of top-quality regional films plus titles from China, India, Japan and South Korea. Free admission to the public from December 8 to 13, 2021.ฟ On December 8, 2021,

Mr. Itthiphol says that in the past two years the Covid-19 pandemic has greatly affected all business sectors, either directly or indirectly, and prompted a “New Normal” social behavior. Thailand has reopened the country to international visitors since November 1 under the concept that life with Covid is possible. The tourism and content industries are enjoying a revival, and the Ministry of Culture aims to push further for the growth of the content sector with the Bangkok ASEAN Film Festival 2021, organized in collaboration with the Motion Pictures and Contents Association of Thailand. The venues are at SF World Cinema and Paragon Cineplex in downtown Bangkok.

Mr. Itthiphol states that the Culture Ministry is pushing for regional cooperation in promoting the film industry of Southeast Asia and expanding market opportunities to the international level, as well as casting Thailand as a hub in film, video and content production according to the Film Promotion Strategic Plan Phase 3. The ministry believes that the cultural dimension will also strengthen international relations among Southeast Asian nations and beyond. Mr. Itthiphol talks about the opening film of the festival: “One Second” is a Chinese film by the most respected filmmaker Zhang Yimou. Besides, the festival will screen 37 films from ASEAN countries, plus titles from India, Japan and South Korea. All films are screened with Thai and English subtitles. The festival consists of 3 sections:

Besides, there are other sidebar events that aim to strengthen Thailand’s role in the regional film community. SOUTHEAST ASIA PROJECT PITCH, or SEA PITCH, selects 8 film projects from over 50 regional submissions, and the finalist participants join an online workshop on scriptwriting and producing with a panel of international experts. The participants will present their projects to the jury and have a chance of winning SEA PITCH AWARD (with $5000 cash prize), or RUNNER-UP PRIZE (with $3,000 cash prize), or SPECIAL MENTION (with $2,000 cash prize). The awards ceremony will take place at Paragon Cineplex on December 13.

The Culture Minister also mentions Two international seminars to take place during the festival: First, a seminar titled “IS ASEAN CONTENT READY TO TAKE ON THE WORLD?”, and second, the Asia Content Business Summit 2021 held under the theme “GOING VIRTUAL”. The event will include ACBC’s announcement on its direction for the post-Covid year.

Members of the public can reserve tickets are www.baff.go.th and the Facebook page of Bangkok ASEAN Film Festival. Tickets can be collected 30 prior to showtime at the venue. 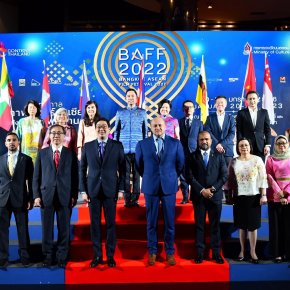 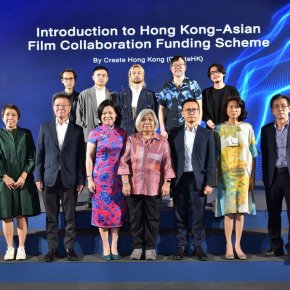 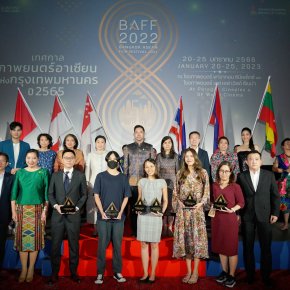 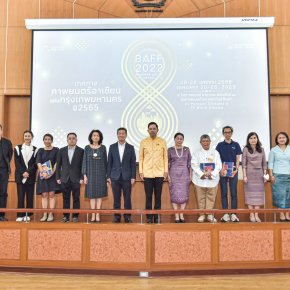